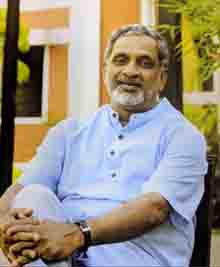 A visionary leader who walked ahead of times and currents in Media, Babu Joseph has always set his own trends. Be it his forte, print journalism, or his later love, Television, this creative multi-medium specialist has been engaged in proactive dialogue with the media throughout the past 30 years. His interests are as wide as initiating and running a TV channel or promoting AIDS awareness or teaching journalism. SH School of Communication is extremely proud to have him as the director. 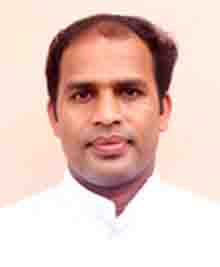 Fr.Antony Pallathiparambil is a Cinema and Television Faculty of SH School of Communication .He has completed his Post-Graduation in Multimedia from MG University. He is the pioneer of the Hindi Television Channel, called “ISHAVANI” in Madhaypredesh, Ujjain. He has More than 5 years of experience in teaching. His field of Specialization is in Film Editing. He teaches editing Software such as FCP, Adobe Premiere. He is a Director of SH VISION YouTube Channel. 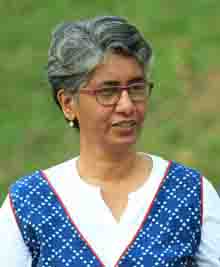 Asha Achy Joseph worked as programme producer in satellite TV channels Asianet and Indiavision for 7 years after her doctoral studies in Television audience research at University of Pune in 1998. She has been a researcher at various national institutions including UGC, wrote articles, worked on scripting, translation and subtitles for films, translated and edited books related to Cinema along with making fiction as well as non fiction film and TV content. Anyar, her first Malayalam documentary was selected to Indian Panorama of IFFI 1998. Changatikkoottam produced by her was judged the best TV programme for children in 1999 by Kerala state government. She was awarded Chevening scholarship by British government in Broadcast Journalism in 2002. She has worked as a member of the direction team of well known film makers Lal Jose and late Mohan Raghavan. From 2012 till 2018 she headed SH School of Communication at Sacred Heart Autonomous college in Thevara, Kochi. She has bean chair of boards of studies at various autonomous colleges, member of board of examiners at universities. She has also worked as festival director and been part of national and international jury of film festivals including IDSFFK, SIGNS and VIBGYOR throughout the last decade. Her short fiction Ore Udal (One Body) has been selected to Indian Panorama at IFFI 2015 apart from being selected to 15 international film festivals. She currently serves as the Dean of SH School of Communication, Sacred Heart College, Thevara.